Bennie Franklin, America’s 1st Rock Star, has had a profound (to say the very least) effect on the world – To his credit, and being one of the signatories of the Declaration of Independence,

He played several musical instruments, including the violin, harp, and guitar.

Franklin was a great writer with a great sense of humor. He created and published “Poor Richard’s Almanack.” Almanacks were very popular books in colonial America, with people in the colonies using them for the mixture of seasonal weather forecasts, practical household hints, puzzles, and other amusements they offered.

Some of Franklin’s Civil Contributions: 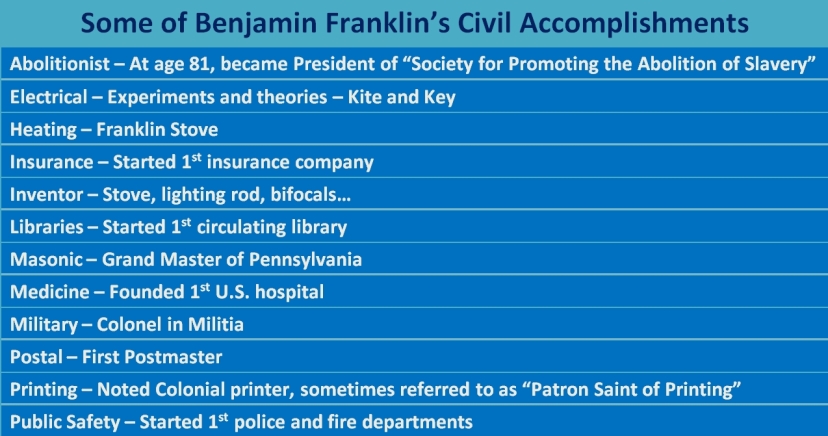 In 1785, Franklin, at age 81, became the President of a group originally founded (1775) by the Pennsylvania Quakers called “Society for Promoting the Abolition of Slavery”. Though Franklin owned 2 slaves, he became convinced that not only the slave trade, but slavery itself should be eliminated. He eventually freed his own two slaves.

I am compelled each year to honor and salute this man. If you get a chance to enlarge the Declaration of Independence, and only have a minute, just go to the bottom and check out the rock and roll stars that signed this illustrious document. 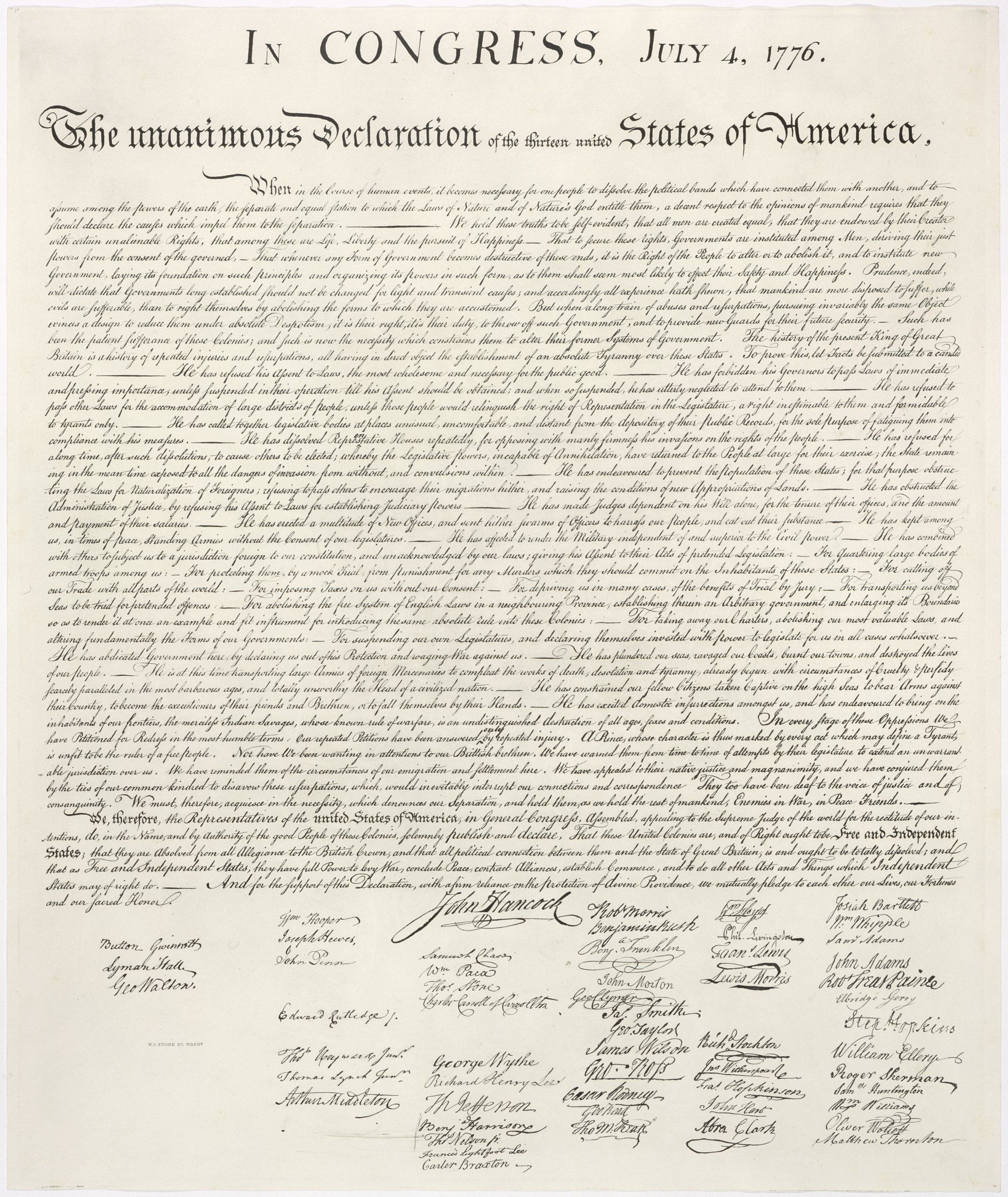